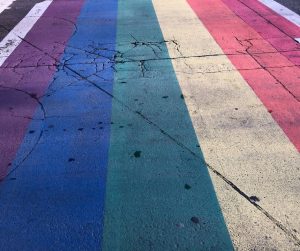 SACRAMENTO, Calif. (June 17, 2021) – The U.S. Supreme Court on Thursday, sided with Catholic Social Services in a battle that pitted religious freedom against anti-discrimination laws across the country. The court declared that the private Catholic agency was entitled to renewal of its contract with the city for screening foster parents, even though the agency violated city law by refusing to consider married LGBTQ+ couples. Today’s decision does not create a general right for taxpayer-funded foster care agencies to discriminate. That is good news for the over 400,000 children in foster care across the country because they’re the ones who get hurt the most if placement decisions are made based on an agency’s religious beliefs rather than the children’s best interests.

“No one should be turned away from a program because of who they are. This decision does not authorize discrimination in foster care or in other taxpayer-funded government programs such as homeless shelters, disaster relief programs and health care,” said David Heitstuman, Chief Executive Officer of the Sacramento LGBT Community Center. “Federal, state and local governments can and should continue to pass and enforce comprehensive nondiscrimination laws. This is critical given the high level of discrimination experienced by the LGBTQ community, particularly Black and Brown trans women.”

Today’s decision doesn’t end the countless other ways that LGBTQ Americans can still face discrimination. It’s shocking to learn that 29 states still do not have laws that explicitly protect LGBTQ people from being evicted from their home, kicked out of a business that’s open to the public, denied health care, or denied government services. While the State of California and many municipalities have stricter non-discrimination statutes, we must continue to raise our voices and make it clear that we want a country where all of us are protected from discrimination. Despite the court ruling, no one is required to discriminate. Congress must now listen to an overwhelming majority of voters and pass the Equality Act to update our civil rights laws to protect LGBTQ+ people from discrimination.

If you believe you have been a victim of discrimination or bias, the Sacramento LGBT Community Center, community members can report those incidents on our website or call the Center for assistance with advocacy, legal aid, or support services.