Coming Out is a Journey, Not a Destination

Home/Blogs/Resources/Coming Out is a Journey, Not a Destination
Previous Next

Coming Out is a Journey, Not a Destination 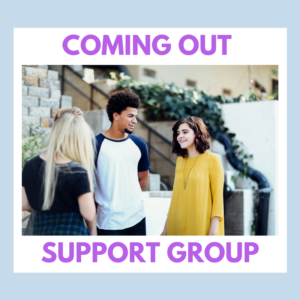 It comes as a shock to many when they hear that coming out as LGBTQ is still hard and traumatic for many people, even today. Many are led to believe that the advances in equality and queer visibility have erased the othering feeling and fear that many folks have about living in their truth. As much as we wish coming out was just as blasé as ordering a sandwich or describing your eye color, it just is not there yet.

The truth is that we still live in a society where being straight and cisgender is the default and anything outside of that box is still looked at as different, even wrong. So, in order to shed some light on the coming out process, we at the Sacramento LGBT Community Center are going to share why coming out, at any age, is still a major hurdle for many people around the world.

If you are considering coming out, or are coping with the process of your coming out journey, the Center has a Coming Out Support group every week where you can get some helpful tools to address your mental and emotional needs. We are here to help.

Myth: Coming out to progressive friends and family is easy

Gay visibility and acceptance are at an all-time high in most of the world. There are successful LGBTQ celebrities, politicians, CEOs, and activists. In 2017, a story about a gay black boy’s journey to find love and acceptance won best film of the year. And, hey, we have gay marriage. These are all amazing accomplishments. So, why is coming out still so hard? In short, because being cis-gender and heterosexual is still considered the default or “normal.”

Progressives and even those that identify within the LGBTQ community are not immune to this default narrative. It starts at a young age when parents talk about their children one day dating a person of the opposite sex or hold out gender-norm expectations for them. Because of the language and unconscious bias in society, there is a set assumption created and when someone is exploring their gender or sexual identity and it doesn’t meet those standards, they have to grapple with not living up to what their parents and friends expected of them.

Granted, it may not be as harmful or explicit as those who grow up with an outspoken discrimination against the LGBTQ community, but it nonetheless is a scenario that many LGBTQ folks struggle with. Coming out is almost never easy because, at our core, we all want to be loved and not let down those we hold dear. Fear of losing that love isn’t easy for anyone.

Myth: Most people come out in their teens

This average as is expected to get lower, some studies even see that the average American coming out age is closer to 14. But that doesn’t mean that someone in their 30’s, 40’s or 80’s won’t come out too, because gender and sexuality isn’t a set point, it really is more fluid.

There are plenty of people who didn’t have the language or comfort to come out until they were older. Everyone’s journey is different and if you are considering coming out later in your life, we have resources for you too!

Myth: Coming out is just for gay and lesbian folks

While most heterosexual, cisgender folks don’t have to think about coming out to friends and family, it isn’t just lesbian and gay people that think about coming out. In fact, depending on what you consider “coming out,” a lot of people have to navigate sharing their identity to others they interact with.

Most people have a pretty clear idea of what coming out as gay or lesbian looks and sounds like, at least the most generic made-for-TV movie version. But other coming out conversations include, but are not limited to, the very real conversations about bisexuality, pansexuality, transgender, non-binary, asexual, non-monogamous, intersex, queer and questioning folks.

Just as there is no one way to come out, the way that people share their feelings and identity are just as varied as personalities.

Myth: You should wait to come out until you have a full grasp on your sexual/gender identity

If we all waited until we had a solid understanding of our gender and sexual identity, let’s agree that we might never come out at all. Maybe some of us are very self-aware and comfortable from the jump, but most people take a while to explore themselves and their relationships before they are ready to label themselves – and even then, there is no rule saying that your identity can’t change and evolve.

It is absolutely okay to come out with the caveat that you aren’t 100 percent sure yet about this identity, but that you would like people to know where you are and that things may change. If that means that you would prefer people use they/them pronouns until they hear otherwise, wonderful. If you ask friends and family to respect that you might be bisexual or pansexual, and dating people across the spectrum, that is a fair thing to say. That doesn’t mean that your experience is a phase or that you’ll figure it out at some point. You’re living in your truth in the moment and others should respect that.

Myth: You only have to come out once

Oh, if only coming out was like ripping off a band aid and moving on. Depending on the community you live in and how you choose to (or are thrust into your truth without your consent) a person may come out hundreds or thousands of times. Yup, heard that right. The first handful of times are often the hardest, but everyone is different. There are the times you come out initially to friends, family, co-workers and others in your immediate sphere. And some of us even have to come out multiple times to family that just refuse to hear or believe your truth.

Then there are all those micro-experiences where your gender or sexuality is assumed and you have to make the split-second decision to come out or gloss over it. Whether it is a stranger asking about your wife when you have a husband or a waitress misgendering you, each of these moments are interruptions in your day where you are expected to come out again and again. Often it gets easier, or at least it may impact your day less than it did in years past, but it is an example of how coming out isn’t this one momentous conversation, it is a journey that likely will be ongoing your entire life once you open that door.

There will be highs and lows in your coming out journey and sometimes it may feel like more trouble than it was worth but living in your truth is something that can’t be replicated with anything else. And, while you don’t owe transparency of your journey to anyone, we know that the more of us that are out, proud and successful, the more the next generation is able to see themselves reflected in the world around them. It is a beautiful thing when we see ourselves reflected in society and see them thriving.

Wherever you are on your journey, we see you and we support you because you are family. Just know that we are here for you if you ever need our help.

Interested in supporting the work we do? Consider becoming a monthly contributor. Any size donation is a big help and goes toward programing and services right here in our community.

The Gender Health Center (GHC) and the Sacramento LGBT [...]

COVID-19 : Restricted Services, Response, and Update on Events at the Center

For more than 40 years the Center has supported the health and wellness of the most marginalized. We understand there is increasing concern amid the Coronavirus outbreak and we want to assure you that the health and safety of our clients, staff, and community are of paramount importance. Read more below: